For assistance and further information:

Spectralab is your one stop shop for all your analytical laboratory needs!

We will match our competitor's price!

To Sell, Trade in, or Service Your Equipment

Shimadzu has released the Nexis SCD-2030 sulfur chemiluminescence detection system. With this product, Shimadzu serves a growing request for easy operation and maintenance as well as high stability even during long term operation for high selective and sensitive sulfur detection systems.

The sulfur in fossil fuels not only causes air pollution, but also interferes with catalysts during chemical reactions. Petrochemical companies are making efforts to reduce the sulfur content of fuels and have developed low sulfur gasolines containing only several tens of ppb or less. To accurately measure trace amounts of sulfur in fuel, a high sensitivity SCD detector is essential. Against this background, global sales of SCD detectors are expected to increase steadily in the future, and demand is growing for instruments that excel in highly sensitive detection.

For a wide variety of analytical applications, e.g. research and development and quality control in areas such as food, beverages, fragrances, gases and fuel cells, the Nexis GC-2030 can be equipped with any of a family of high-sensitivity detectors such as the newly developed sulfur chemiluminescence detector to create the Nexis SCD-2030 specialized system. It will deliver a new solution for low concentration sulfur component analysis to a variety of users.

Our team of skilled technicians are experts at fixing analytical instruments. We have been working with Agilent, Waters, Perkin Elmer, Sciex, Shimadzu, and Thermo instruments for many years. We are constantly updating our knowledge with the latest technology and information to enable us to deliver the best support in the industry. We provide value added support and qualification/validation with all our instruments. We endeavor to develop strategic partnerships with our clients so that they consider our team as an extension of their employees. We are an affordable alternative to many normally expensive business projects.

We offer warranty on all refurbished instruments. Warranty starts at 3 months, with the option to extend the period. While your instrument is on warranty, we will provide Email (support@spectralabsci.com) and phone support and troubleshooting if you require assistance. If there is ever anything wrong with the equipment, we will replace it. Warranty begins from the date your equipment is successfully delivered. Any issues that occur during warranty should be reported immediately, describing the issues in as much detail as possible. Do not attempt to repair the equipment or involve a 3rd party without our express permission – this will result in voiding our warranty.

We will match our warranty duration with our competitors.

If you purchase equipment from Spectralab Scientific, we offer installation and familiarization by our service technicians for an additional fee. If the instrument is particularly complicated, we highly recommend this service. If you’ve purchased less-complex equipment from us that you would like to install yourself, we can provide Team Viewer, email, or telephone support for no additional cost.

We have a large inventory of equipment, components and parts in stock. You can find all the equipment you need for you lab in our store, as well as mix and match components for your systems.

We have sufficient export experience, including professional packing and proper documentation. Complementary shipping and handling can be applied upon immediate purchase. We include customs fees, brokerage, and duties for shipping to the US.

Purchasing our refurbished instruments can save you anywhere from 30% to 90% compared to purchasing brand new. We will try to match or beat any price from our competitors, so feel free to inquire! Complementary shipping and handling can be applied upon immediate purchase. 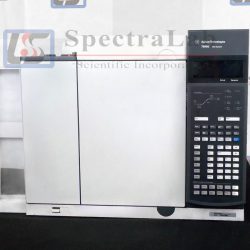 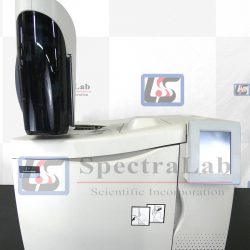 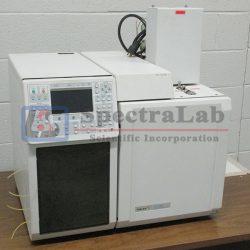 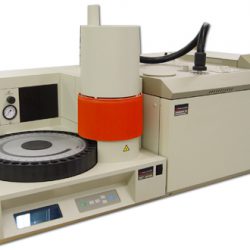